I'm not sure how music makers choose their names..  these ones seem even more eye-R0n!k than usual. Anyway that's miles from the point. The point is -> ace tune, awesome video. 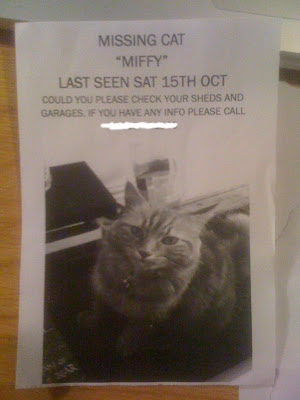 For just over a month this pamphlet has been sat on my desk and I thought I'd call the number (scribbled over here out of respect) just as a courtesy really to find out how the search was going… Well I must say they do seem somewhat devoid of hope.


After an initial miscommunication with a child's voice - (somehow it was assumed I must have found the pet safe and well) I was handed over to a much more grounded, but slightly weary voice. I sensed early on in the brief exchange that the lady's emotions towards "Miffy" were clearly raw, perhaps to the point that they were being suppressed as she was quite eager to abandon all talk on the matter and draw the conversation to a close. I could of course sympathise with this but before ringing off I did take the opportunity to present some findings from my own investigation.

Firstly, I pondered the significance of the novel 'The Clan of The Cave Bear' lying in the picture at "Miffy's" feet. Was "Miffy" a fan of historical fiction? I was informed this was not the case. It was simply an unread library book since returned. Next, though it may seem a little mercenary - in these times it could be a deal-breaker - Why was no reward offered? In a sort of long verbal sigh the woman explained they were on benefits and the cat wasn't insured and essentially, the black and white photocopying at the corner shop was to be the extent of their financial input into the hunt. I did quip that a family who drink 2 litre bottles of Sainsbury's Caledonian water (over "Miffy's" left shoulder) may be able to make some savings to aid the return of a loved one. But still, before I was hung up on, I did manage to offer some helpful advice. This being that in future it may help to correctly format the photo before printing. It appeared to me the image was stretched and thus "Miffy" seemed to have an overly wide, squashed head. Avoiding this effect which will have no doubt had the neighbourhood wrongly searching for an egg-headed cat would be easy in most desktop publishing packages by simply holding 'shift' whilst pulling the axis to enlarge the low resolution photo.

It could have made the difference.

Anyway, it wasn't to be and realising presentation isn't the strong point of this unfortunate household, I've had this framed in "Miffy's" memory and, as no address was listed on the hand-out, I've printed the URL to this blog post and posted it through some doors. If that's you I spoke to today get in touch and I'll be happy to deliver you this keepsake. 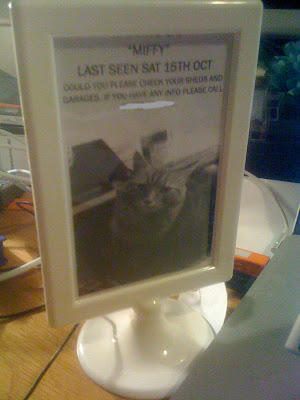 ps. David Thorne knows more about this than me.
Posted by Mat McCallum at 00:39

Email ThisBlogThis!Share to TwitterShare to FacebookShare to Pinterest
Labels: Memoirs

Ok these kids know how to party. Brutal.

All this Odd Future stuff is scary therefore it's good right?  ...yes I think so.
Posted by Mat McCallum at 09:24

So the man Porlzilla sends me this, I love it, so simple but clever. Now I'm all over Homeboy Sandman's back catalogue.

What more could you want from a music video.
Posted by Mat McCallum at 09:54

Or save the planet and just play it here----v

- German youths get stuck into the party 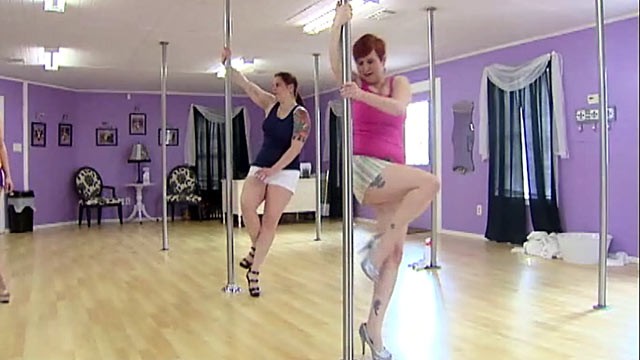 
... and yet again we needed our official 'Happy Place'
SongsToWearPantsTo.com


Go visit Andrew.. and show him you are grateful! NOW!

Hold your horses! May is on the way!
Posted by Mat McCallum at 22:23

Email ThisBlogThis!Share to TwitterShare to FacebookShare to Pinterest
Labels: LogJam 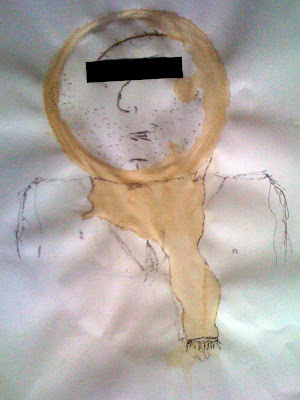 As his appearance would suggest, Olaf is technically a war criminal though he only got into it after a series of unfortunate and confusing events.

As a boy back in Kosovo, for as long as he could remember all he had wanted was an aerial photo of his house.  One day when he was thirteen, he was brushing his auntie's favorite jackboot on the street,  a man passed by selling just that, an aerial photo of his entire village!  Olaf couldn't believe it.  He worked for 3 whole Sundays at his uncle Prott's holiday camp to earn the money and finally he achieved his dream.

42 years later with the flaky, folded photo clenched in his fist, taking his first steps from the jailhouse as a free man he decided once again to go for his dreams.

Today he is one of Europe's most respected trance DJs with with residencies at 'massive' club nights such as Bass Rape, Tribal Dementia and Rim the Bongo.

For legal reasons I cannot tell you his DJ Pseudonym ;-)
Posted by Mat McCallum at 20:23

Email ThisBlogThis!Share to TwitterShare to FacebookShare to Pinterest
Labels: MugSplots 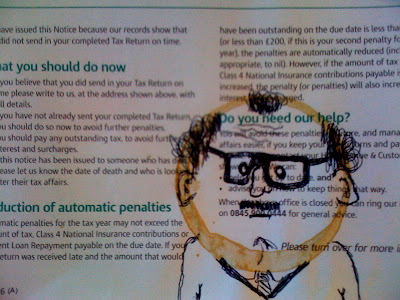 This quiet unassuming chartered accountant and hip hop finance mogul lives with his elderly mother in a quaint bungalow on the outskirts of Rhyl.
His secret passion for ragga, grime and all things bashment lead to his massaging the balance sheets of many an urban artist.  From Chipmunk's capital gains woahs to Cappadonna's gaping deficit... Buster soon made a name for himself.

In recent times his services have been devoted to  Rashtan Skiffeltu, the south African chappadance supremo whose seminal no.1 hit, 'Baphand Swishy' started a worldwide craze.  Buster famously helped the star save several million Rand by setting up and diverting royalties to a loss-making mobile childrens' zoo.

An unlikely romance blossomed and the pair are now in a beautifully loving, albeit discreet, long distance relationship.
Together they have a pet panther named Barbara.
Posted by Mat McCallum at 14:38